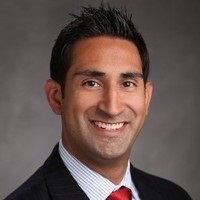 Mike majored in Economics while receiving his Bachelor of Science at the United States Naval Academy and accepted a commission into the United States Navy in 2004. He went on to earn his Wings of Gold as a Naval Flight Officer in 2005. Mike served for nine years on Active Duty and earned multiple designations including Patrol Plane Mission Commander and deploying twice.

Mike continued to expand his knowledge and, while finishing his Active Duty service, earned his Master of Business Administration degree from Norwich University in 2012.

Upon separating from Active Duty Naval service, Mike’s passion for leadership led him to Lockheed Martin where he pursued a career in international business. Mike eventually realized that he had more to offer and chose to seek out a career that would allow him to provide service to his community on a more personal level.

Mike joined Northwestern Mutual as a Financial Advisor in 2015. Upon beginning his new career, he found that he was able to personally connect with members of his community and quickly earned a reputation for providing excellent service to his clients. While starting is practice, Mike was called back to Active Duty and mobilized serving a 13-month tour of duty to the Navy becoming a Mission Commander for the Broad Area Maritime Surveillance Demonstrator (BAMS-D).

In August 2019, Mike made the decision to leave Northwestern Mutual and join Wynn Point Financial, LLC as a Partner. Mike continues to provide clients with industry leading strategies to protect and manage wealth. Mike prides himself on offering customized, holistic financial services to everyone with whom he works. He strives to be a leader and to incorporate the values of service and hard work into everything that he does.

Mike met his wife Nicole, in Annapolis in 2002 while he was a Midshipman at the United States Naval Academy. He and Nicole have three children; daughters Payton and Tenley, and son Jacob.